Lara and I know each other from when we were in school. We now live in separate states, but thanks to each other posting about infertility on social media, we have recently become reconnected.

I appreciate Lara’s vulnerability in her writing. She speaks of struggles that I’m sure are faced by many in the battle of infertility. There are still a lot of unknowns in her story. A lot of questions yet to be answered. With so much of her story yet to be written, I am honored that she would be open herself up so that others in her situation would not feel alone.

This is a story that is not yet finished.

It’s about a girl who fell in love with a boy. They had their ups and downs, like all couples do. They moved in together, got married, and started to plan their life. It was tricky at first; the boy was in the Navy and the girl had yet to find a stable job. They moved a couple of times but decided to settle in Virginia, and then decided to start building their family.

Something wasn’t right, though.  Something was horribly wrong with the girl and she knew it. But like anyone who doesn’t want to receive bad news, she ignored it-until she couldn’t anymore.  Until the boy said “Find out what is wrong. You can’t keep living like this.” And so she did.

She was diagnosed with PCOS (polycystic ovarian syndrome), the culprit for all her troubles.  She tried to fight it, tried to beat it down, but PCOS was strong and nasty and dug its ugly claws into her and snarled “You can’t get rid of me so easily.”

She was transferred to another doctor, a specialist, feeling like she was being separated from the “normal” women. Because of course, she was no longer normal. She was infertile.

And it was in these months that she sank into a deep, black darkness…

If you haven’t guessed already, this is a story about my own infertility journey. I stopped here, not because this journey is finished, but because I wanted to describe, in the first person, this particular chapter.

I’m going to say a word; a word that we shy away from because there is a stigma attached to it. But there should be no stigma, because it is a disease. Do we shy away from diabetes or heart disease? No.

I was depressed. When I look back on those months all I remember is a blackness that I felt in my heart. I could think of nothing else besides how I was a failure. How I could not do this simple thing of making a baby. I saw my friends and family members have their second and third babies. I knew that I was being punished for something. This is all my fault.

“You are a failure.”

I heard this inside my head, every day. Every single day I told myself that I am a failure. No wonder I was depressed. You tell yourself the same thing over and over again you begin to believe it.  I blamed myself. Sometimes I still do. But then something happened…

She remained stagnant in that darkness for what seemed like forever, watching everyone else live lives she couldn’t. Screaming at herself. Not saying anything.

Then one day she saw the boy. Really saw him. Even though he had been there through all the doctor appointments and injections. She saw that he was hurting, too. She saw that he was angry that he couldn’t fix it, couldn’t make her happy. And with his help, working together, they pulled each other out of the darkness.

They made a promise to each other that they wouldn’t leave the other behind again. They were a team and they were going to get through this together.

This is not an easy journey, and I speak as someone who is still writing theirs. I have been where you are. I am going where you have been. No one should have to walk alone. So I am making you a promise. I promise that I will always be there for you. We may not know each other, but I make this promise to you regardless. I won’t tell you not to blame yourself; this is easier said than done. I won’t tell you that your journey will conclude the way you want it to. I will tell you that you will get through this. I will tell you that you are strong, you are awesome, and you are worth it.

And you are not alone. 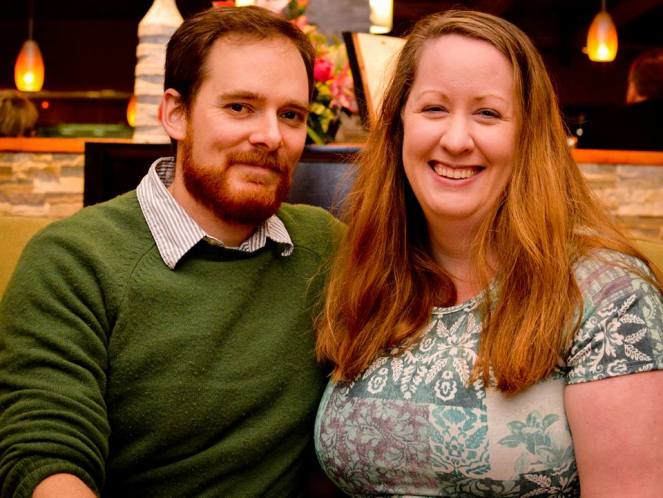 View all posts by Amanda

My name is Amanda. I’m a pastor’s wife and stay-at-home mom with a desire to honor God with my life. I’ve got a lot of learning to do and hope you gain a little something while I share my heart with you!